Horse Dressage celebrity  Hans Peter Minderhoud finds the situation of the large herbivores unacceptable and has shown his support to a new association that wants to put an end to the situation in the Oostvaardersplassen: Stichting Cynthia en Annemieke
25 March 2018 In this short video published on facebook you'll see how a forest manager shoots a Konik horse foal in the OVP. The footage is part of a short documentary In de huid van het dier published on youtube in 2011. Our question is why? Just for the film? Why wasn't there a vet to judge the condition of this animal?
26 March 2018 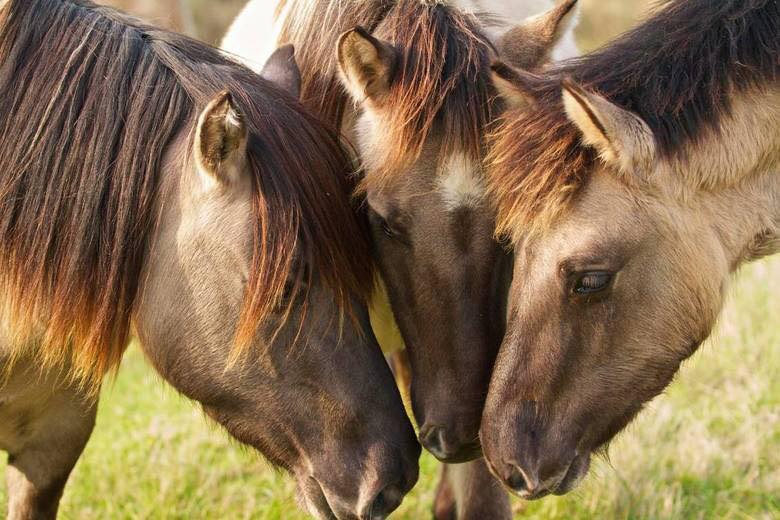 27 March 2018 A message from Annie Schreijer-Pierik on Twitter : MEPs in the Committee on the Environment just voted in favor of my request to ensure that no European Natura 2000 grants go to areas where deer and horses die of starvation, such as in the Oostvaardersplassen. Read the article in the press (in dutch) here

Sylvo Thijsen:@staatsbosbeheer, I’m so worried about the animals in the Oostvaardersplassen! Killing or letting them starve isn’t good conservation or wildlife management.

Hans Klok (magicien) who contacted Pamela Anderson to do an appeal for the grazers in the OVP on tv during a programme of Pauw
3 April 2018 A tweet of a lawyer who asks herself what would happen if an animal feeder would go into appeal after he has been caught as feeding the animals is at the moment illegal, but kwowing that according to the dutch law on animal protection:  GWWD (Article 36) 1st paragraph: "It is prohibited without reasonable cause or by exceeding of what is permissible to achieve such a goal, to cause pain or injury to an animal, or to harm the health or well-being of the animal."and 3rd paragraph:" Everyone is obliged to provide animals in need of help with the necessary care."

4 April 2018 The political party CDA wants that Brussels intervenes to make an end to the suffering of the grazers in the OVP.
5 April 2018

6 April 2018
8 April 2018 As most of the land of the OVP lies in the commune of Almere the political party PVV has asked the council to take measures. A solution should be found and carried out before September 2018 they request
One of the best photos of the week is a foal in the #Oostvaardersplassen published in the Guardian.
10 April 2018

11 April 2018 The highly pregnant horse has delivered a tiny little foal.
1st photo she is still highly pregnant... second photo the foal in the herd.

12 April 2018 This evening the animal welfare issue has been dealt with in a council meeting in Almere. The video of the meeting is visible here

13 April 2018 The Dutch Minister of Agriculture Carola Schouten calls for the people to stay calm during the actions and protests organised the coming weekend of 14 and 15 April . Besides a silent walk to memorize the killed animals, some activists are prepared to come with trailers to take away the horses and the cattle.

13 April 2018 A video of 2013 where you can see that the Oostvaardersplassen project has already failed. It is a shame politicians didn't act at that stage. Thousands of animals would have been saved!
13 April 2018 An article in Horse and Hound published today
Commissioner of the Queen in Flevoland threatened by activists according to this article of the Destentor
The petition on Change has reached more than 120 000 signatures and has been presented to the Dutch Parliament. Read article in Destentor
14 April 2018 Photo of today

Media campaign started against the OVP

15 April 2018 2 Two peaceful manifestations were held today. On this site you can read about them in Dutch